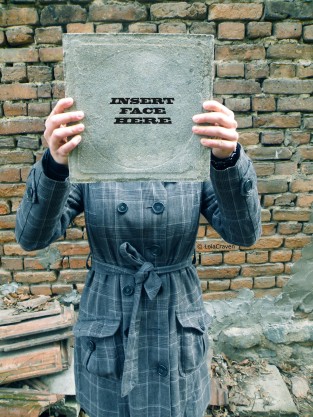 I am one of the millions of Americans on Medicaid.

No, it’s not because I didn’t work hard enough. In fact, I have a Master’s degree.

No, it’s not because I don’t want to work; I want to do that more than anything.

It’s because I unexpectedly became ill in my early 20’s.

No one plans to get sick.

I don’t have enough money to afford health care so I am grateful for the life-giving medication provided to me by Medicaid.  I am thankful that I live in a country that takes care of the poor, of the widows, and of the orphans, like the Bible tells us to.

I am a face of Medicaid, but I don’t often publicly share that I am recipient because of the shame I feel, particularly from my conservative Christian friends and family.

I don’t like to admit that I need this help. I hate that I’m sick. I’m trying to live the best life possible in spite of my illness. Or maybe I’m living the best life possible because of my illness. Those who know me know that I am kind, compassionate, and giving. They know I have struggles. Yet they also know that I am railing against my body to achieve maximum health so I don’t have to tax the system. The last thing I ever wanted to be was a burden.

In fact, if you know me, you know I’m more than just a woman on medical assistance.  I enjoy music, superheroes (especially the very patriotic Captain America), absolutely love animals, and I am pretty good at karaoke. I mentor teenagers, blog openly about my life, and have a best friend named Sarah.  I don’t have a favorite color because there are too many to choose from and my pipe dream is to drive through the desert, see the Grand Canyon, and go to Yellowstone National Park.

What little girl grows up and hopes to be on medical assistance?  I sure didn’t. It’s hard to be intelligent, to see what you could’ve been, and to fight against all odds to change it.  Still, I dream and refuse to stop. My dreams have become small, manageable, and sometimes a little hopeless, but I still dream.

Even though I don’t want to be, I am one of the millions of faces of Medicaid. And my story is one out of millions. And now I’m terrified that my Republican senator (Pat Toomey) will look me in the face and tell me I’m not worth it. Actually, he refuses to look me in the face or hold any town hall meetings.

This is not my America. We help others. We love beyond our ability. We are founded on principles of dignity and justice. Yet a bunch of rich (mostly white men) politicians are deciding our fate.

And in doing so they turn their backs to the millions who are counting on them for help.

I never asked for these illnesses or dreamed this is what my life would become. I am so grateful that I have medical coverage that saves my life. Thank you to all the taxpayers who make my life possible because I’m trying to make the world a better place for all of us to live.

I am a face of Medicaid. Will you look me in the face and tell me I deserve to die?

One thought on “I Am a Face of Medicaid”